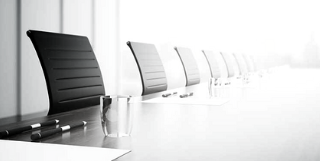 Director ID – The End of the Transition Period

May 2022 | Natasha Thomas As of April 5 2022 ASIC requires all intending directors to apply for a director’s ID prior to their appointment. This step marks the end of the transitional period for the rollout of this new requirement, intended to increase corporate transparency and fairness. To learn more about what director ID’s are and your obligations read our article here. All intending directors or alternate-directors bear the onus of applying for a director ID through

December 2021 | Natasha Thomas ASIC has introduced a new law requiring company directors to verify their identity through a director identification number (director ID). Directors will be issued with an ID by the Australian Business Registry Services (ABRS), which they retain for your whole lifetime even if you resign as a director, change names, move overseas. People who deal with a company are entitled to know the identity and certain details of the company’s directors. The scheme

October 2021 The move to 100% e-conveyancingThe NSW Government has introduced new changes to the land titles system that will take effect from 11 October 2021. These changes stem from the Real Property Amendment (Certificates of Title) Act 2021 and will abolish the use of Certificate of Title documents (CTs) and establish a new era of 100% e-conveyancing.What does this mean?The Registrar General has published a summary of changes for landowners, namely:those who pay off their mortgage will no longer receive

Can employers require employees to become vaccinated against COVID-19?

April 2021 | Scott Freidman  The vaccines developed in response to the COVID-19 pandemic are showing signs of promise in addressing the health implications of the virus. However, they also raise issues of uncertainty for Australian workplaces focusing upon their health and safety obligations. In particular, two questions arise: in the absence of legislated directions requiring them, when can employers make COVID-19 vaccinations mandatory for their employees; and what options are available to an employer if an employee refuses

March 2021 | Nicola Sharp Electronic execution under the Corporations Act suspended The temporary COVID-19 relief measures imposed by the Federal Government expired on 21 March 2021. The Corporations (Coronavirus Economic Response Determination (No 3) 2020 (Cth) (Determination) enabled businesses to electronically execute documents through changes on the operation of provisions in the Corporations Act 2001. Despite belief that the measures would be further extended through the passing of the Treasury Laws Amendment (2021 Measures No.1) Bill 2021, parliament

February 2021 | Scott Freidman  The Treasury Laws Amendment (Combating Illegal Phoenixing) Act 2020 (Cth) have introduced new provisions regarding director resignations effective as of 18th February 2021. These amendments further protect creditors and employees from directors engaging in illegal phoenix activities and backdating resignation dates. Illegal phoenix activity is when directors transfer company assets to another company for less than market value in attempt to avoid paying off debt and creditor entitlements when a company is liquidated or

Let’s Talk About the Spanish Flu

April 2020 | Scott Freidman The Spanish flu lasted from January 1918 to December 1920. 500 million people were infected and the death toll is estimated to have been anywhere from 17 million to 100 million. Australia was not immune and it is believed to have been carried to our shores through returning WWI soldiers. Australia lost about 15,000 people.  How did the NSW government respond to the Spanish flu pandemic? In fact, very quickly! In November of 1918

Was That Unpaid Internship a ‘Fair Go’ or Exploitation?

July 2019 | James Freidman In January of 2013, the Fair Work Ombudsman report entitled Experience or Exploitation: The Nature, Prevalence and Regulation of Unpaid Work Experience, Internships and Trial Periods in Australia, found that ‘unpaid work exists on a scale substantial enough to warrant attention as a serious legal, practical and policy challenge in Australia.’ Since 2013, unpaid working arrangements and ‘internships’ have continued to rise in Australia. What does the law say? Under the Fair Work Act 2009

Risks Posed by Departing Employees: Is Your Business Protected?

February 2019 | Kieran Kelly We have recently been asked to advise several clients in relation to the protections they have in place from former employees who have joined a competitor. The scenario often takes a common form: a trusted senior employee hands in their notice of resignation; the employer discovers or is informed that the former employee is joining a market competitor; and the employer seeks advice in relation to whether they have any protections in place to

December 2018 | Jonathan Harris Serious consequences for failing to make minimum payments You probably know that the ATO has confirmed the consequences of not meeting the minimum payment requirements for pensions. A pension ceases at the start of the financial year in which the minimum pension requirement is not met and will only recommence after new pension documents are executed. Most recently however, the ATO confirmed that the pension will cease for transfer balance cap purposes at the

November 2018 | Kieran Kelly Justice Darke was recently asked to decide the unusual case of McFarland v Gertos [2018] NSWSC 1629 involving a property at 6 Malleny Street, Ashbury. Henry Thompson Downie, the owner of the property, died in 1947, seemingly without leaving a will. Mrs Grimes, a tenant living at the property at the time of Mr Downie’s death, remained there until a short time before her death in April 1998. That same year, Bill Gertos, a